Death in June and NON/Boyd Rice: Fascism, Racism, and Misogyny in the Old School

A commenter recently suggested writing about Death in June and Boyd Rice. I never got into either of them in my days when I was following goth, industrial, and noise more closely and I never followed neo-folk. I also had a lot more interest in the leftist politics of a lot of artists (though my tastes were not limited only to that).

Before I start, some reds over at libcom posted a very well-researched and convincing argument in 2006 against both death in june and boyd rice. I almost copied and pasted this into a post all by itself. It discusses in detail the racist, fascist, and misogynistic activities of both bands and how they are using the industrial and goth subcultures as a platform for white supremacy and misogyny. It has some extremely disturbing quotes from Rice especially in which he self identifies as a fascist, misogynist, and social darwinist.

Image: A marble plaque laying in a pile of brown leaves. Engraved in it is the Death in June symbol of the Nazi skull and cross bones, number 6, and upside down peace sign.
Reading more about Death in June, since I never got into them, I am realizing that I think they came to my city at one point and some anti-racist action folks were pissed about it and tried to get them cancelled. The venue owner refused and ended up with a shit reputation if memory serves me. Death in June is one of those bands that say "we are not nazis" and then put nazi symbols on t-shirts and sell them at shows. The image above was immediately recognizeable to me as the skull I once saw on a nazi unform hat I saw in a museum, but singer Douglas Pearce insists that they did not use it for that reason, even though their name refers to "The Night of Long Knives." Pearce has also said a lot of misogynistic shit in reference to his shows being canceled because of his fetishism of nazi imagery. Pearce is gay but says he prefers white cock and historically some nazis, ridiculous enough to want to side with people who hated them over the commonality of the social construct of the white race, were/are also queer.

It's actually very interesting to read about how hard some industrial musicians will hold onto this "free speech" stuff just because (so they say) nazi stuff looks cool to them. Stormfront- aka my go to site for "is this shitty?"- has a lot of Death in June fans which goes to show that even if you say you're not nazis, if you promote nazism, fascist ideals, nazi imagery, and gain a nazi following and make nazis feel empowered to do nazi shit, you bear a responsibility. I must note though that those ignorant white power fucks at stormfront also like Rammstein just bc they're German and white in spite of the fact they are anti-Americanization, anti-racist, and leftist (though have their own brand of misogyny- I am not lettin them off the hook).

Boyd Rice, well, he seems to be even more accepted as a known racist and misogynist. 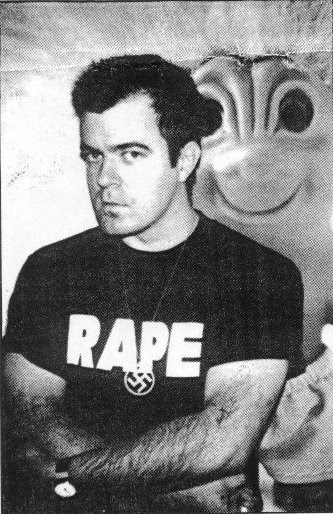 Image: A picture of Boyd Rice standing with his arms crossed staring into the camera. He is wearing a necklace with a Nazi symbol on it and a black tshirt with large white letters that say "RAPE." Pehind him is a large cropped image of a troll doll.
In an old interview he was found talking about wanting to start an "aryan subculture among industrial fans." He and DIJ played a lot together. I also am not too familiar with him. The video was taken over 25 years ago so I am more than willing to say people can change but has he? All I can find is excuses like "he has a jewish acquaintance" online and that he is all about nazi salutes, is a self-identified misogynist, and so on. He also posed for a magazine photo as American Front with Bob Heick. Some claim this was a joke. Pardon me while I laugh. Or not. 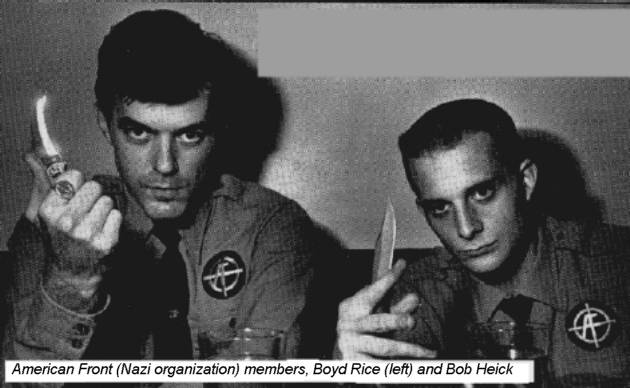 Image: The text on the bottom of the image reads "American front (Nazi organization) members, Boyd Rice (left) and Bob Heick." Both men are light skinned and wearing shirts and ties. Their shirts have patches with the American Front symbol on the breast and both of them are holding up a knife and staring into the camera.

There also seems to be quite a bit of connection between the Church of Satan and neo-nazi dudes. This is something else I have learned today. I never had much opinion on Satanism, nor much knowledge, but it seems Boyd was in line after Anton LaVey and has a lot of ties or recognition in neo-nazi circles.

One of the more disturbing things for me personally researching this is that Boyd Rice and Peter Christopherson of Coil (and Psychic TV and many other things) worked together  under the alias Sickness of Snakes on an album called Nightmare Culture with Current 93- another band mentioned by Rice in his interview as a "racialist" band. Luckily, a commenter produced an interview with Sleazy where he discusses this stuff and how Coil separated from Rice due to his racist garbage. They also make some good comments about how it's not PC, it's common sense.

Doing research on this stuff is also leading me to realize how proto-fascist or worse so much of this music was and is. I knew that people had their military fetishism but I was willing to let that slide on grounds that I see little wrong with wearing tailored black or green. But it really is worse than I imagined and I am wondering how it escaped my radar. I guess there is just so much of it and it's all sort of underground so it's hard to keep track of it all.

This post will likely evolve over time as I research more and more. I highly suggest reading the aforementioned libcom essay on these guys. It was really informative. And scary.
Posted by Corvus Strigiform at 7:50 PM 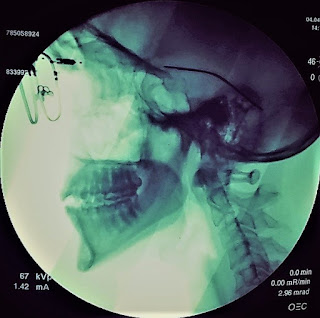 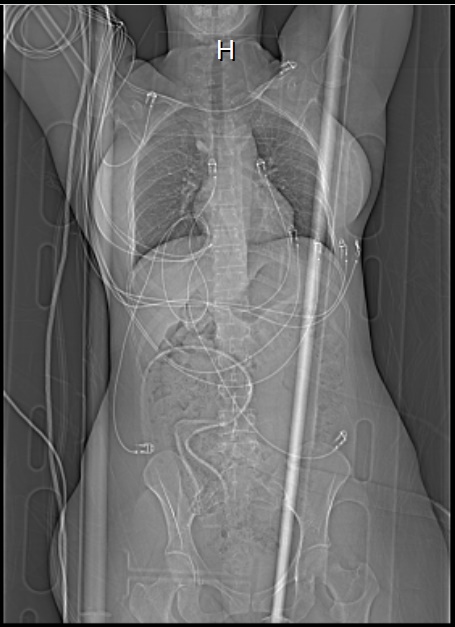